Mediation can be a viable alternative to standard divorce litigation. Here’s what you need to know While death and taxes may be the only guarantees in life, acrimony and financial woe almost always accompany an adversarial divorce. It isn’t surprising, really: after all, the legal system by its very nature pits people against each other, seeming to offer the possibility of only one “winner” and little opportunity for compromise. The search for a way to make the process of divorce less painful has led many to mediation — also known as “assisted negotiation” and it is a form of alternative dispute resolution. Unlike traditional divorce proceedings, mediation takes the approach that individuals who were once able to organize their lives together can also arrange to live them apart. It’s a different way of viewing divorce, and one with many advantages. But there are a few concerns that need to be addressed before you can be sure that mediation is for you. Mediation is a negotiated agreement between divorcing spouses on the issues of children, finances, and property. The key word here is “agreement” — you and your future ex create an agreement that both of you can live with. The mediator is simply there to keep you on track, assure negotiations are fair, and make suggestions when roadblocks are encountered. The focus for both parties is on controlling their own divorce, not on giving control to a judge. Unlike in litigation (in which the lawyers speak on behalf of their clients), in mediation, mediators act as advisors while the spouses speak for themselves based on their own individual needs and priorities.

While mediators handle each case differently depending upon their personal style and their training (an attorney-mediator might handle things very differently than a therapist-mediator) there are generally a few common stages. An initial meeting with you and your spouse is arranged to assess the dynamic between both of you, explain what you can expect, and discuss costs. Some mediators may also have you fill out a questionnaire or come in individually, based on what kind of relationship you currently have with your spouse and the mediator’s personal preferences. Once this initial stage is complete, you’ll set meeting times (usually weekly, but you can arrange any schedule that suits you), ground rules (no degrading or insulting language), and goals (usually regarding support, asset division, and visitation). Next, information-gathering begins: your mediator will need documentation for property, assets, and debts, as well as tax returns, bank and pension statements, and any other paperwork relating to your marriage and finances. Based on the initial assessments and this documentation, a decision is made as to whether financial, legal, or emotional experts need to be consulted, and the actual process begins. While individual cases vary, most cases can be resolved in a couple of months.

This short duration highlights one of the most appealing aspects of the process: although mediators generally charge between $150 and $450 per hour — about the same as a lawyer — the speed can make it tens of thousands of dollars cheaper than fighting it out in court. There are other advantages as well: since you’re the one who is crafting your own agreement, you can arrange for all of your concerns to be addressed to your satisfaction before the process ends. Because of this, you’re more likely to be happy with the final result, and be more willing to follow through with your commitments than if your settlement had been decreed by a court. No one likes being told what to do, after all. And you can arrange visitation and support that’s beneficial to your kids — a massive plus, considering how harmful a disputed divorce can be for children. And there aren’t any worries about your agreement not being legally binding, as the final agreement is drafted by the mediator into a “memorandum of understanding” that is then hammered into legalese by your lawyers.

Saving time, money, and perhaps your dignity are all wonderful; these potential advantages may make mediation seem like the perfect way to end your imperfect relationship. But, as with anything else, there are complexities that you should be aware of before you dive in headlong. One of the biggest bricks to be hurled at mediation is that of power imbalances. It’s felt by some that if one person in the relationship has dominated the other in the past, the weaker party is put at an impossible disadvantage when trying to represent themselves. It’s a valid worry, especially if you feel that you’re the weaker party — and even more so if there is or has been abuse in the past. But it’s also a problem that a good mediator should be able to correct. Power imbalances — from resource possession to intimidation or even outright physical abuse — does not have to rule out mediation as an option. Training for mediators in recognizing and dealing with power imbalances is the key.

In your initial interview with the mediator, they will be looking for specific signs that your case is appropriate for dispute resolution. You should take advantage of this initial consultation to assure yourself that the mediator has all of the qualities necessary to bring your marriage to a fair and balanced end. Here are some of the essential questions you should ask:

When used by a skilled and sensitive mediator, techniques such as shuttle mediation (where the parties are separated and the mediator “shuttles” messages between them) and precautions such as separate arrival and departure times can often effectively deal with the fear of psychological or physical violence. More general fears of a gender advantage can usually be balanced out by a trained individual mediator.

The mediator has a vested interest not in taking sides but in keeping the process balanced and fair. Because a mediator’s business can rely heavily on word-of-mouth, crafting an unbalanced settlement would likely cost them both business and reputation. And there’s also an incorrect assumption made here: that the mediation process will be less empowering to an individual than a legal battle. Those who voice concerns about power imbalances, however, tend to worry less about cases where the problem has been identified than a scenario where a mediator is oblivious to it. While each mediator’s methods of searching for both subtle and overt power imbalances may be different, a good mediator will take the time to inquire about potential imbalances and formulate a plan to compensate for them. There are cases in which mediation is inappropriate, of course. Most mediators agree that if there is active and continuing violence, or a fear of violence, mediation is inappropriate — but all stress that each case must be individually assessed, and broad generalizations cannot be applied.

Even though the final agreement is subject to lawyers’ approval, there is still a danger of your ex-partner not making a full disclosure of assets. But such concerns are rare, and, since mediation can be abandoned in favor of a trial at any time, any apparent dishonesty can be dealt with in the old-fashioned manner. Besides, as with domestic violence cases, if you don’t trust your ex in the first place, you’re unlikely to seek a negotiated settlement. Mediation offers many significant advantages to the traditional divorce process. It can save time and money, and allow two people who have decided they no longer wish to share all of their lives to negotiate how they will cooperate, and how they will work out the details of living apart. Although there are some concerns — the lack of government regulation and the possibility of an unrecognized power imbalance leading to an unfair agreement — generally speaking, mediation can let you and your soon-to-be-ex make arrangements that you can live with today and in the future. If nothing else, alternative dispute resolution is an alternative worth investigating. 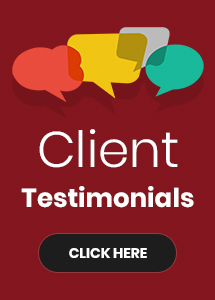